A river in need of restoration

The Boardman River is one of the top ten trout streams in Michigan, with 36 river miles designated as a Blue Ribbon trout stream. Sections of the river are a state-designated Natural River, which afford specific protection for preservation in a natural condition. Historically, the Boardman River was an Arctic grayling fishery, with brook trout, brown trout, and rainbow trout introduced in the 19th and 20th centuries. The river now has self-sustaining populations of brown, brook, and resident rainbow trout as well as migratory rainbow trout and Chinook and coho salmon. The river flows into and through Boardman Lake, which supports typical warm-water game fish populations.

The river is a primary contributor to the quality of life for the surrounding cities and townships. It is a major recreational draw for both residents and visitors, with estimates of as many as two million user days logged on the river annually for recreation purposes. Many of these visitors come to paddle, fish, and hike. 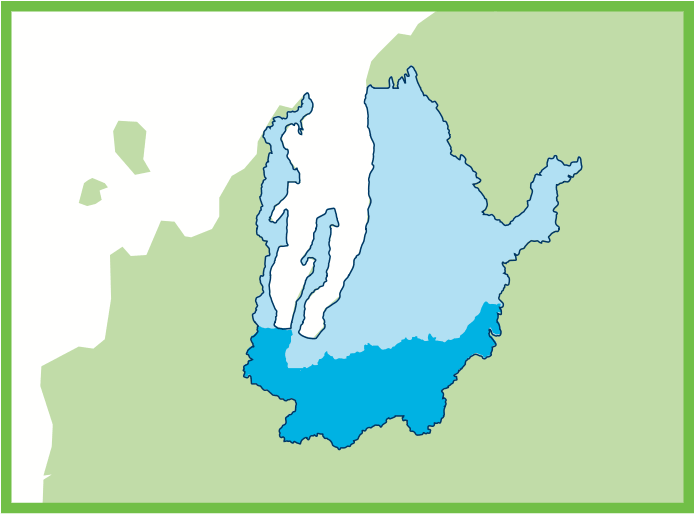 Miles of River and Streams

Within the Boardman River watershed, a 4-mile portion of Kids Creek is on the State’s 303(d) Impaired Waters List due to the “other indigenous aquatic life” designated use not being met because of sedimentation and substrate/flow regime alteration related to stormwater inputs. Additionally, Kids Creek is also listed as impaired for “total body contact” due to bacterial contamination from E. coli. In 2013, The Watershed Center worked with EGLE, EPA, and many others to draft and begin implementation of an Action Plan for Kids Creek to address water quality issues and highlight priority tasks aimed at helping improve water quality. This began our large-scale Kids Creek Restoration Project with the goal of reducing the impact of stormwater and sedimentation on Kids Creek and its tributaries so it can be removed from the Impaired Waters List.

Planning for the future

The Boardman River Watershed Prosperity Plan (informational brochure) was approved by EGLE and EPA in 2019. In addition to the required watershed plan components, the Prosperity Plan reflects economic and community development needs in the watershed, focuses on its long-term protection, and addresses the issues of business and job creation. The Prosperity Plan states that the Boardman River and its tributaries are largely meeting water quality standards for designated uses, except for Kids Creek. While there have been historical inputs of toxic pollutants and thermal modifications from the dams, the highest priority sources of pollution or other stressors that currently affect or could affect the Boardman River watershed are sediment, nutrients, loss of habitat, and pathogens. Major sources for these priority pollutants include lack of riparian buffers, development (including suburban sprawl), stormwater runoff, aging and failing septic systems, fertilizer use, and livestock in streams.

In 2018, the Traverse City Downtown Development Authority, in cooperation with a community-led Leadership Team, began a process to develop a comprehensive plan for the 1.6 miles of the Boardman River that flows through downtown Traverse City. The Lower Boardman River Unified Plan includes a collective vision for the lower Boardman River and describes the land use policy recommendations, best practices for development, and physical improvement plans for achieving that vision.

We restore the waterways that lead to Grand Traverse Bay.