The Watershed Center initiated a partnership with the Village of Elk Rapids to install green infrastructure practices throughout the village with the goal of reducing stormwater volume and its associated pollution impacts to Grand Traverse Bay. We completed a Stormwater Action Plan in 2014 that identified major points of runoff generated in the village that enter surface waters. The Action Plan recommended green infrastructure practices to reduce runoff and prioritized sites to best use limited funds and make improvements where they have the highest impact.

In 2020, we installed a bioswale near the pavilion at the Edward C. Grace Memorial Harbor, a rain garden near the upper parking lot of the harbor, and four rain gardens along River Street. The combined surface area of the rain gardens and bioswale totals more than 10,000 square feet and adds approximately 57,500 gallons of stormwater storage capacity. Together these practices are preventing more than 1.27 million gallons of stormwater from entering Grand Traverse Bay each year, reducing annual pollutant loads by 480 pounds of sediment, 3.9 pounds of nitrogen, and 1.3 pounds of phosphorus.

The bioswale was installed along the west side of the village’s marina in an existing grassy space between the parking lot and Grand Traverse Bay that receives runoff from most of the main parking lot. This project converted the mowed grassy area to a 5,025-square foot bioswale and added additional curb cuts along the existing parking area to allow for more stormwater inflow. A rain garden at the marina was retrofitted from the corner of a smaller parking lot on the east side of the marina where stormwater was draining directly into Grand Traverse Bay. This inlet was eliminated, and an 826-square foot rain garden was created around where the inlet used to be, including a new elevated overflow structure to the marina so the rain garden could hold more water.

A series of four rain gardens were also installed along River Street adjacent to the village’s main public beach and park on Grand Traverse Bay where existing landscaped strips consisting of turf grass, flowers, and shrubs were located in between parking areas along a 1,100-foot stretch of road. This project converted four of these landscaped areas to rain gardens (totaling 4,290 square feet) by excavating and planting them with native species to provide more stormwater volume storage and treatment through increased infiltration rates

In fall 2022, we installed additional areas of green infrastructure to reduce stormwater inputs to Elk River and Grand Traverse Bay. The first was a series of 2 underground infiltration trenches on Cedar Street near River Street providing 3,100 cubic feet of stormwater storage that will infiltrate approximately 314,000 gallons of stormwater each year. These underground infiltration trenches were constructed in tandem with a sanitary sewer line upgrade the village already had planned. By constructing both projects at the same time, an economy of scale was achieved that reduced project costs.

Additionally, a series of 6 roadside rain gardens were installed in the village right-of-way along Cedar Street between First and Third streets. These rain gardens are estimated to intercept at least 838,000 gallons of stormwater from entering the stormdrain system each year. 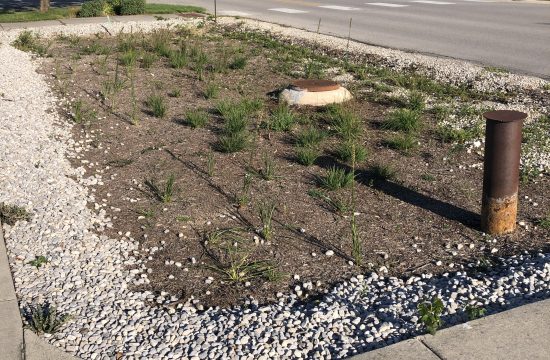 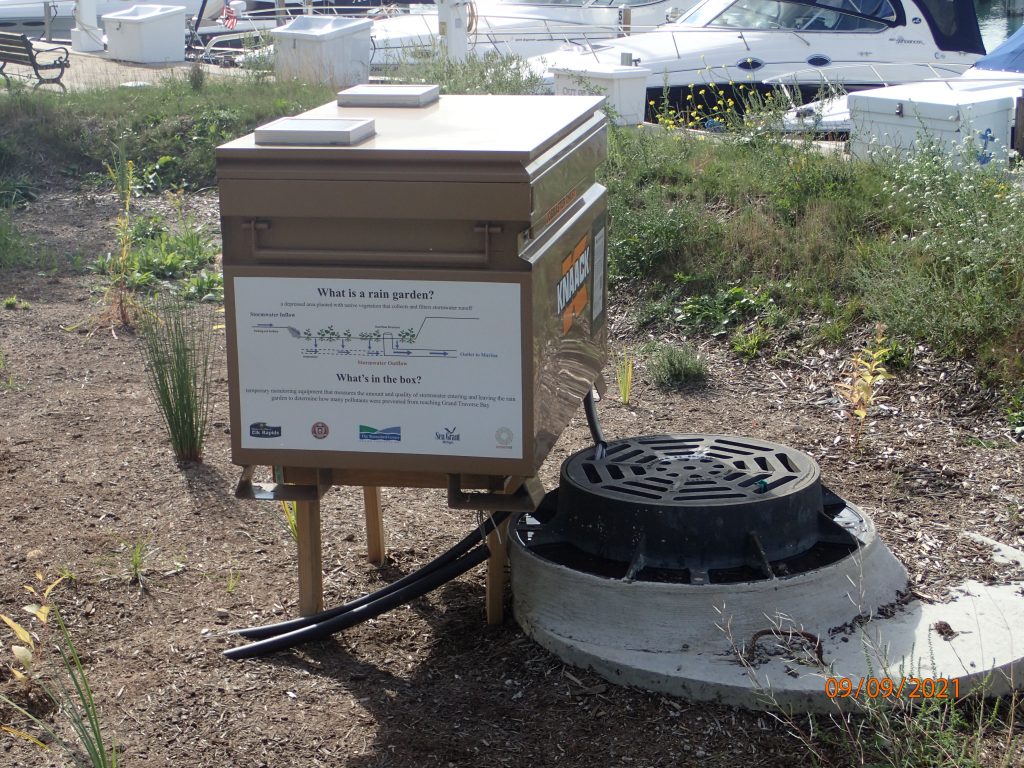 We protect the water you love.